Using Your Own Brand As Your SEO Secret Weapon 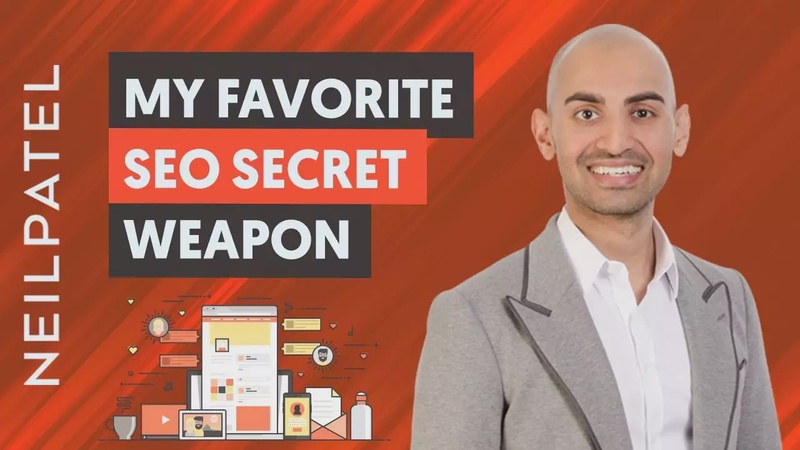 If you want to thrive in SEO, you need to build a brand. It's been 11 years since Eric Schmidt, the former CEO of Google, said, "Brands are the solution, not the problem. "Brands are how you sort out the cesspool." And what we see today really reflects that. Companies and websites that have invested in building a brand are becoming more and more prominent when it comes to ranking higher up on search results. But even people who didn't have a search presence, like Kylie Jenner, have built websites with massive organic traffic because of their brand.

Use your own brand and capitalize on it by creating a business that is valuable to your audience. So much so that she sold 50% of her company for over $600 million. That means her net worth is over a billion dollars according to "Forbes."

So let's dive a little bit deeper into Kylie Jenner. Before her cosmetic line, Kylie Jenner was known for enormous online presence in the fashion and makeup niche and of course "Keeping Up with the Kardashians." I'm talking about millions of followers. One of the things that really made her fame take off is when she got her lips done. It started an online craze of people wanting the Kylie pout or the Kylie look. Kylie capitalized this by creating Kylie Lip Kits, which sold like crazy, selling out almost instantly when she released products on her website.

After finding huge success in lip kits, Kylie expanded into the entire cosmetics line known as Kylie Cosmetics that is now worth over a billion dollars. Her genius in capitalizing on her brand got her on the "Forbes" list of the youngest billionaires in the world. She's also one of the most followed people on Instagram. She markets businesses herself. She used her marketing strategy because her business is her brand. By simply posting videos and pictures using her own products, people buy them, and that's how she's done so well in the e-commerce space.

She now ranks for highly competitive keywords like eyeshadow palettes or even blushes or makeup palettes. Her website gets over 1.8 million visitors per month according to SimilarWeb.

Kylie did two big things. She recognized who her audience was and offered them a product that was value to them. Not only is she helping her audience, but she's growing her own brand equity. That's like me offering SEO and marketing products. If I offered dog food products, do you see the disconnect there? Kylie stuck with what she was known for.

I know she's a big name, so don't let this intimidate you. This strategy is entirely relevant for smaller brands, and it works for businesses of all sizes. More and more people are creating their own brands, whether it's through blogs, social media, vlogging. This is a huge market right now, and there's so much opportunity. Influencers today are the latest entrepreneurs. Now more than ever, small online influencers and brands are building their own businesses.

For the second example, I want you to look at me. Look how I grew my brand and capitalized on it. If you don't believe you can do it, I'm here to share my story so that way you can see how you can do it.

At 15 years old, I started off by creating my own business called Advice Monkey. It was a job website that helped people find jobs. And I created a job website because I couldn't find a job. I gained the money by picking up trash, cleaning restrooms at a theme park, and from there I did whatever it took to make money, as long as I wasn't selling drugs or breaking the law. But all that money I made, I took it and I dumped it into advertising for Advice Monkey. And it failed because people just ripped me off.

So I had no choice but to learn digital marketing all on my own. And that's what got me started with my story, right, in which I was my own success. I learned how to do it myself. I implemented it on my website. I got results. Then I started pitching other people and tried to convince them to pay me. Some of it was performance-based. But that's how I started. And in 2006, I created my first blog. And through blogging, I started building up a following, and that was the real catapult for my career. I was offering valuable marketing tips and advice. More people were coming to me. It was generating me business. I was getting invited to speak at conferences. When conferences wouldn't invite me, I would apply. Most would turn me down, but eventually more and more accepted me.

After learning about my audience and what they really wanted, I then wanted to create a free tool called Ubersuggest. That tool has allowed me to reach even a bigger audience, and that tool itself generates 15 million page views a month. If I wanted to buy that traffic and on roughly three million visits a month just going to  that tool, it would cost me hundreds and thousands of dollars per month. My brand in digital marketing has allowed me to get more users to my tool, and my tool, building that brand has allowed me to get more people to follow me individually as Neil Patel as well.

And you don't necessarily have to create a tool, but just putting yourself out there, speaking more, all that, right? The moral to the story is the more you put yourself out there, the more people are going to get to know you and your brand. I call it the rule of seven. When someone sees and interacts with you seven times, they're much more likely to relate to your brand. That creates more search queries. The more search queries for your brand, you'll find that it's way easier to rank for terms that you want to go after and are competitive and people with higher domain authority are ranking for. And you can beat them as long as you build somewhat of a brand. So if you need help with your brand building, check out my ad agency, Neil Patel Digital.