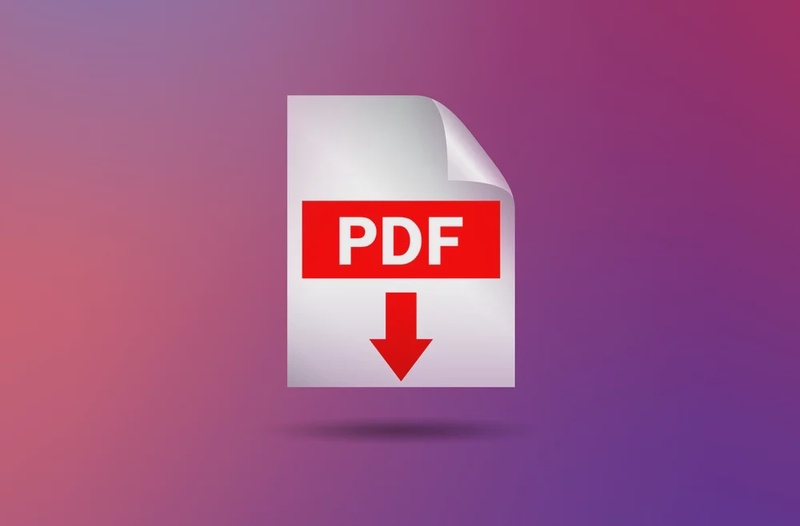 Chances are you don't spend a ton of time thinking about the venerable PDF, unless you have to edit one without paying Adobe however much money in order to do it. So why are PDFs even a thing? They're annoying to edit, they don't convert to other formats very well, and they don't look all that different from regular Word documents. And why is Print to PDF a thing?

To answer, it helps to look at what PDF stands for: Portable Document Format. You see, PDF was introduced by Adobe back in 1993 because there was a demand for documents to be portable, and not just in the sense that you could stick them on a floppy diskette and take them with you to the office in your Geo Metro.

The idea was to make sure that a PDF document would look exactly the same on any computer that opened it as long as they were using a document viewer program that supported PDF.

As a counter-example, if you've ever tried to open a Word document that includes a font that you don't have installed on your computer, the document won't end up looking as the creator intended.

PDFs are designed to alleviate issues such as this by including everything that's needed to display the document correctly in a single file. This includes fonts as well as support for vector graphics if the specific PDF includes non-photographic images.

And back when PDFs first became a thing, the problem of documents not being rendered consistently was even worse than it is today, partly due to the large number of word processing and desktop publishing applications that were floating around.

This became a huge selling point for the mass market as the IRS started electronically distributing its tax forms in the mid-1990s to ensure that every taxpayer would be able to view and print them accurately.

And even these days, if you need to send something off to have hard copies printed, a PDF is a really good way to ensure that whatever comes out on the paper is the same as what appeared on your screen, hence that Print to PDF option that we discussed earlier.

"So, okay, I get it. PDFs do serve an actual purpose. But why do I have to pay for the privilege of editing one in Adobe?"

So back when Adobe introduced PDF to the masses, it was proprietary, so other companies had to pay them if they wanted compatibility. However, PDF was made an open standard in 2008. But as you've probably already experienced, that doesn't mean that it's super convenient to edit or create one. For example, Microsoft Word can convert documents to and from PDF, but it often doesn't convert the content to exactly as the original PDF did, which gives some insight as to why Adobe made the PDF an open standard in the first place.

Although anyone can write PDF-compatible software, Adobe had a 15-year head start, and because they actually developed the format they have a huge leg up in focusing on creating the best software to work with PDFs, which they gladly charge money for, making up for the fact that PDF is an open standard now.

But that doesn't mean that there aren't free solutions out there. One notable one is LibreOffice Draw, which is part of a larger open source office suite. But many people do still opt to pay 13 or 15 bucks a month to use the official Adobe PDF solutions in order to get an experience that, while sometimes not the most user-friendly, just plain works in just about every use case.

It's why, even though it isn't a trivial amount of money, PDFs have become a popular way to digitize important historical and legal documents. I mean, you don't want to have someone sign a super official contract in a file format that won't be rendered the same way every time, then come back later and have some kind of dispute over it because it looked different on their machine.

What is ICR, IWR, OMR, and OCR: Complete guide with Benefits