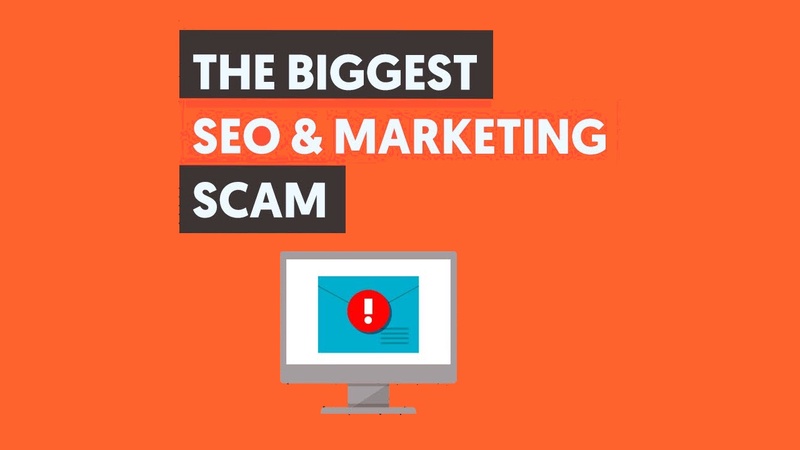 You want your business to succeed, right? Well who doesn't? Because you want to succeed, you're out there looking for information, trying to improve. And other people know that. And because they know that, they're continually hitting you up with scams. And people are creating all this information out there, telling you what you should be spending your time on, but it's providing little to no results.

You've probably heard about this from time and time again in digital marketing. Hey, use this tool, and you can have your SEO run on autopilot. No need to create content. No need to create back links. Heck, you don't even need to look at your website. Who wouldn't want something like that? Trust me, I'm trying to still build something like that, and it's not easy, and I haven't figured it out yet.

I know tons of other big companies who make hundreds of millions, they're trying to do the same thing, but yet, it's not out there yet. Look, everyone's pitching you all of this automation, and a lot of this automation, all it's going to do is get you penalized. So let's start diving into it.

So the first thing you need to avoid is automatic content creation. A lot of that is article spinning. I've had tons of people ask me about, hey, I'm spinning articles using software, which one should I use? I'm like, none. It's a bad thing. This isn't providing users with good experience. You're just creating content for Google and eventually, they have way more money than you, they have way more money than most everyone on this earth, and they're going to end up hitting your site hard, and you're not going to rank for anything, because they know that you're just creating junk content. Remember, Google wants to rank what people want to read first. Your article spinners aren't going to do that.

If you aren't familiar with what article spinning is, it's about a software where you just copy and paste content into, and it adjusts it and changes the wording around, using synonyms to figure out new ways to create content that is plagiarism free, or duplicate content free. And when you do that, trust me, Google knows this, and you'll find that that content doesn't rank at all.

People use them because it saves them a ton of time. No one wants to write content manually. They want to do this all automatically.

So, why are they so bad for SEO? It's because they mainly produce low quality content that's really unreadable. Google has taken readability into account when monitoring blogs. If people are bouncing from your blog, because they can't read it, it's going to hurt your rankings badly.

Example, here's an original sentence. "She scored 20 points in the basketball game yesterday "against her rival team." Now here's a version from article spinning. "She scored 20 focuses "in the basketball game yesterday "against their adversary group." You see how that doesn't make sense? That's the example of article spinning.

The next type is content that you want to avoid is content scraping. Content scraping is much like article spinning, in the fact that, it's just black hat tactic but, you practice it a little bit differently.

If you take content from others' websites, and you're using their data, you want to cite them as a source. That's okay if you're including people's data here and there with their permission, citing them, giving them credit where it's deserved, but just stealing other people's content, not citing them as a source is a bad thing to do. And the reason it's bad from SEO, is Google knows it's duplicate content, even though they don't penalize for duplicate content, they're not going to rank you high for content that's just copied and plagiarized from people who have released it five, six years ago.

So, what's your solution, right? There's all these bad things that people are doing, that are scamming others, so what should you be doing? Well, you should be writing your own content, your own unique brand voice, with your own unique tone, that resonates with your business, and your marketing. It's all about doing what's best for your readers. If you don't think that you're a good writer, you can look to hiring other freelance writers from jobs at problogger.net. It's a great way to go find more writers that are affordable and know what they're doing.

Another big scam out there is automated link building. And there's many different types. The first one I wanted to go over is link farms. So you're probably wondering, what's a link farm? Well, they're sites that are essentially used for back linking. If these sites provide no value, and all they do is link out to other websites, what do you think Google's going to do? They're going to notice that bad sites are linking to you that provide no value, so it's going to hurt your rankings over time.

Why do people use them? Well, people are constantly trying to build a ton of back links, because they know that links have a high correlation with rankings according to Moz. And the more links you get, the higher you're going to rank. But, if your links are automated and terrible, people just aren't going to be happy with you.

If you put your website in a link farm, you'll find that you'll get a ton of links really fast, it's going to be unnatural, and then you're going to have to go to Google, and disavow all of those links. If you don't disavow them, there's a good chance that you're going to hurt your rankings in the long run, and you're not going to rank at all.

Another bad source of automated link building is private blog networks. What private blog networks, also known as PBNs are, is people have a group of sites, they're putting them together, and they're using them for the purpose of link building. They're still maintaining them, but they're not telling anyone that they have these group of sites, and they're just using them for link building, and they're making them seem as legitimate sites. Well, the moment Google finds that one of these blogging networks is bad, and you're using them, again, it's going to hurt you just like these other link farms out there.

The third tactic that I see people doing that's really bad, is expired domains. People providing expired domains that have a lot of back links, taking them, and then 301 redirecting them to their site. This will not help you with your rankings. Why? Because most of those links aren't going to be relevant to what you're doing, most of those links are going to specific pieces of content, just sending them to your own page is not a good idea. It's scammy, it's not long run. When you do all these things, what you'll find is it just takes a lot of hours, and it costs a lot of money, you're better off just doing it the old-fashioned way, creating a lot of value, and going after the links all manually. If you need help with your link building, if you need help with your content production, check out my ad agency, Neil Patel Digital, I hope you avoid these things at all costs when it comes to spammy digital marketing tactics, because it's how you won't survive in the long run. If you want your business to succeed, focus on more longterm tactics.

Using Your Own Brand As Your SEO Secret Weapon