What is Bitcoin? Bitcoin vs Gold as a Store of Value 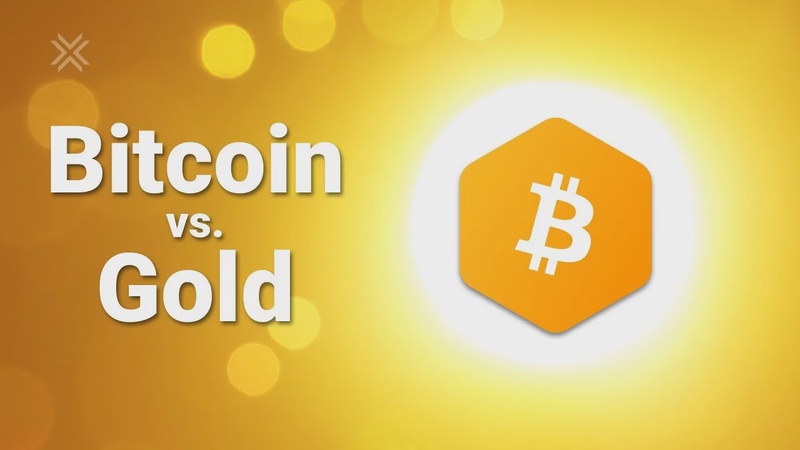 For 5,000 years gold has been the world’s most reliable store of value. From the time of Socrates all the way to Snapchat, the shiny yellow rock has done a great job of protecting investor’s money from being inflated away.

Like any asset, there is a market cycle for gold. Sometimes it’s overbought, sometimes it’s oversold, but in general, gold holds its value quite well. That being said, gold is far from perfect. It’s difficult to transport and can be seized. Gold is not easily divisible and can even be counterfeited. It also has a somewhat elastic supply.

During the beginning of the pandemic there was a dislocation in the gold market. Dislocation is a fancy word for a really big problem. As air travel was shutting down and countries were closing their borders, gold stopped moving around the world. In some cases, people who had bought gold via the futures market couldn’t even get the gold they were legally owed! Gold is limited by real-world conditions like a disruption in air travel.

Gold can also be seized. For example, a lot of investors have gold stored in vaults in Singapore. If China invaded Singapore, those investors would probably lose their gold. Do we think that China is going to invade Singapore? Probably not in this lifetime, but it showcases one of the vulnerabilities of storing physical gold.

Another problem is divisibility. If you have a gold bar you can’t exactly just cut it in half or chop it into quarters. Gold is difficult to divide, especially on a smaller scale like $50 or $20 worth of gold.

This also brings up the question of purity. Assaying gold is a technical process that requires time and expertise. Sometimes gold is not thoroughly assayed and the results can be disastrous. For example, there have been cases where major gold investors have found hundreds of “gold bars” in their possession are actually copper bars with a gold coating.

The final disadvantage of gold is that it has a somewhat elastic supply. If the gold price doubles, it would incentivize companies to open new mines. If the gold price increased times 10, it might be economical to start extracting gold from seawater. This is technically possible, although it’s very expensive. But with a high enough gold price, why not?! Mining gold from asteroids sounds sort of ridiculous too, but then how many people would have ever guessed that we’d invent self-landing rockets? So who knows. Gold’s supply is a little bit more elastic than most investors let on.

That brings us to Bitcoin… First off, Bitcoin is divisible down to 8 decimal places. We call these Satoshis, the smallest possible amount of Bitcoin. At current prices, 1 satoshi is worth just a fraction of a cent. Also Bitcoin isn’t hindered by real world problems like a lack of air traffic. Throughout the pandemic, and since its creation, Bitcoin has worked just fine, no matter how bad things get in the world. The Bitcoin market is up 24/7, worldwide, without disruption.

In terms of inflation, Bitcoin has a maximum supply of 21 million. That’s it. No matter how high the price goes there will never be more Bitcoin. There’s no BTC hiding in the ocean or up on an asteroid. Bitcoin also doesn’t have a problem with fraud. You either have Bitcoin, or you don’t. Anyone can verify that the coins are in a wallet. No copper Bitcoin, no low quality Bitcoin.

Finally, you can easily control your own Bitcoin. You don’t need an expensive bank vault or third party storage company. All you have to do is write down your secret seed phrase, usually a 12 or 24 word mnemonic phrase, or private key, and that’s the key to your Bitcoin wallet. So long as you remember your phrase or have it written down somewhere safe and secure, you can burn your computer, lose your phone, and chuck all of your USB drives in the river. It doesn’t matter; your Bitcoin will be safe until you need it again and accessible from anywhere.

Bitcoin is a better alternative to gold. It solves a lot of problems that have plagued gold for a while and on top of everything else, it’s easy to buy!

What is Bitcoin? An Alternative to the Dollar