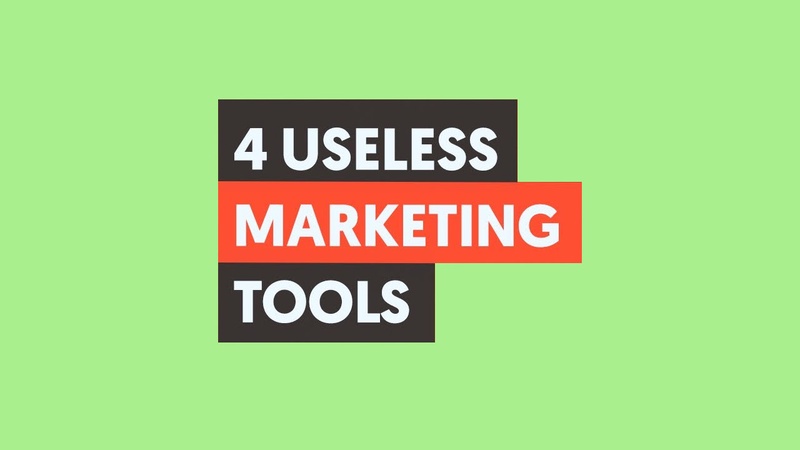 While six to eight years ago some of the tools that I'm going to mention were really useful. Today, they're just going to waste your time. So, when you read about them on the blackout forums or SEOs talking about how they can skyrocket your rankings, you should avoid them at all costs because they're going to risk your rankings.

A few years ago, you could use tools like Scrape Box or SEnuke to build a ton of backlinks, which would end up helping your website rank better. But, those days are gone. Since the penguin update, Google has become more and more sophisticated with algorithms created to detect artificial backlink patterns. When you're using an automated link building tool you're likely going to build irrelevant backlinks from pages that aren't really related to your content. This can hurt your rankings. The biggest problem is you'll leave footprints behind you. Google will be able to identify these patterns with your backlinks, and they'll know that you're artificially inflating them and this is going to either keep your rankings flat or it can actually hurt them at the same time. Google even has clear policies that forbid you from doing things like creating malicious backlinks.

They go as far as even saying that creating links that weren't editorial placed or vouched for by the site owners on the page, otherwise known as unnatural links, could be considered a violation of their guidelines. They will often either ignore these links or, worse case, they could penalize you for these bad practices. And that's rare. Most people don't get penalized but still, why risk it? Why waste time on something that's not going to help you rank any better. So, I want you to stop using automated link to link tools. Instead, you need to create value. Put the user first, whether it's content, whether it's tools like Ubersuggest.

You know if you look at Ubersuggest I've generated over 10,000 backlinks. How'd I do this? Purely by giving away something for free. That's helped tremendously for me over the years. And you don't have to create a tool like that or go as far as I have. You can use sites like CodeCanyon, buy tools that have already existed, buy them for 10, 20 dollars, pop them on your site and generate natural backlinks as well from that.

The next tool you need to stop using, it's any text or content spinners.

Spinning content in an automated way in rewriting articles has been done for ages. Back in 2011, people could just spin up, rotate up, content on already popular articles from other sites, repurpose them, and put them on your site and people are like, "Wow, look at all these pages of content I'm creating". But now, with the panda algorithm update, Google now looks at this kind of being like, "Whoa, it provides very little value to a user". And if that's the case and your user metrics are terrible, your rankings are going to plummet. Not just for that page, but your whole site. If you have a lot of pages that are just spun up, that are not a great user experience, it can affect your whole site, not just those pages.

So, what you need to realize is creating content doesn't guarantee your rankings. Creating amazing content that people love is going to give you a much better chance of ranking fairly well. Google has a pretty smart AI, and they can easily identify variations of text that you have on your website that other people have and the places that you took it from.

So, instead of using these tools, what I want you to do is do research, people love research, they're more likely to link to articles that have research, look for reputable sources and tie in that data into your article and site your sources and make sure that you're writing high quality, original content.

The next tool that you're wasting your time on is LinkedIn lead generation bots.

A lot of people say great things about using automated tools that generate you leads on LinkedIn. These tools can help you add dozens of contacts on a daily basis, hundreds on a weekly basis, do cold outreach and semi-personal messages selling your products, your services. So let's say you're a sales rep for a software company and you need to get in touch with as many potential clients as possible. The best thing to do on Earth would be use an automated tool, right? Wrong. The main problem with this is that,

They're not going to convert. You're going to be a sales rep at a company or marketing person promoting some content and it's not going to get you any love. On top of this, LinkedIn has sited that they're going to battle up and fight people who are creating these chrome extensions automated tools and put them down for good.

So, instead what you want to do it create valuable content on LinkedIn that people want to read, especially if it's video based, cause LinkedIn loves videos. You'll also can go live on LinkedIn, which does tremendously well as well. And by doing those things you're going to get more followers from there as well, you can sell your content and services. Just think of it this way, if I create a live video on LinkedIn and I'm providing value, people are going to be like, "Oh Neil, this is great". And within that video not only getting more followers, more shares, more comments, more engagements, I can talk about my ad agency, Neil Patel Digital, and some people will go from my LinkedIn video to Neil Patel Digital and then become a customer.

Much like automated content creation tools, a lot of people have been using bots to automate commenting on other sites for years. This is what plugins like Akismet by Wordpress are so popular. No one wants all these spammy blog comments. I literally get thousands and thousands of blog comments per day. Now, I even conducted an experiment to determine or not whether comment links have affect on rankings. And believe it or not, they do. But, when using automated tools, you're leaving a lot of footprints behind you plus, you're providing no value to people. Those comments are just going to get deleted or get caught in comment spam traps. So, instead, if you want to leave comments, write up something that's thoughtful that helps people. Not just the person that wrote the article but other people reading it and then leave it. When you leave relevant comments, people are going to know about you and start following you, if they like what you have to say they may check out your business. And, they may end up converting into a customer. Now, Google is looking for spammy comments, you don't want to associate your website with spammy comments cause all it's going to do is hurt your rankings.

My recommendation is for you to think long-term. Don't take those quick hits being like, "Yeah, I just do this and my rankings are going to increase". Anyone that tells you something that's too good to be true, chances are it is and it's just going to hurt you in the long run.

Can You STILL Do Digital Marketing for Free?