Android Apps On Your PC! 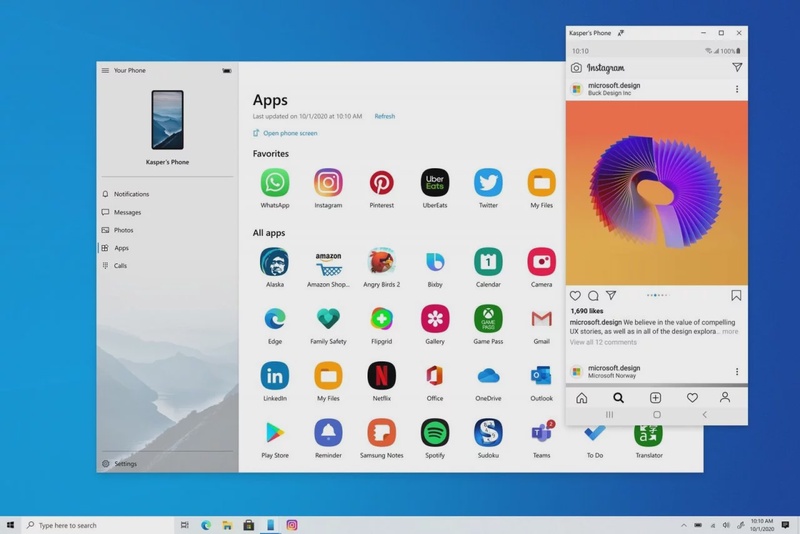 The common latte is typically a bit of a pricey choice down at the coffee shop, but now there's a kind of latte you won't have to pay for. And no, I'm not talking about having someone give you a Starbucks gift card, which sounds like kind of a weird situation.

That's right, I'm talking about Project Latte, a Microsoft endeavor designed to get Android apps to run on Windows. Hold on a minute. Isn't it already possible to do that? Well, sort of. Some apps can be emulated with third-party programs, while others might have an equivalent in the Windows store that were specifically coded for Windows. Facebook Messenger is a great example of this. But built in support from Microsoft is a welcome change if you have apps you're always using that don't have a Windows edition and should be more reliable than outside emulators, but how does it work, and what can you expect?

It turns out that Windows already has a feature built in called Windows SubSystems for Linux or WSL. WSL allows users to run a Linux environment within Windows. And although it's primarily targeted at developers, it looks like Project Latte is going to be built on top of WSL, as Android is a Linux-based operating system. In fact, Microsoft has already used WSL to add Windows support for GUI based Linux programs, so giving users the ability to do more than just punch things in at a command line is a hurdle Microsoft has already cleared.

This would mean that instead of having to significantly Recode apps for Windows instead of Android, developers could just port their apps over to Windows without having to change them much at all. Hopefully this will mean that we'll see a lot of popular apps popping up on Windows soon after Project Latte drops, and it will almost definitely mean an experience less clunky than tethering to your PC with that temperamental Your Phone app.

However, there's one major caveat to all this running an Android app properly isn't just a matter of supporting Linux, a huge number of apps also rely on a set of APIs called Google Play Services, which you may have seen updating on your phone every now and then, and wondered, huh, what the heck is that? Play Services hook into apps in many different ways. For example, an app can ask Play Services to handle sign-in, retrieve saved games, issue notifications through the Android iOS, get app updates, access Google Maps, make payments, cast video to TV, and much more.

Basically if an app talks to Google Services in any way, it goes through Play Services in order to do it. And unfortunately, Microsoft can't just slap Play Services onto Project Latte, unilaterally. As for now Google restricts Play Services to devices running Chrome OS or Android. And even though Project Latte might be an Android like layer sitting on top of Windows it doesn't make your PC and Android device, according to Google anyway.

Of course, this doesn't mean that Project Latte is suddenly just dead in the water, or coffee as it were. There are apps that don't rely on Play Services that should in theory, work just fine from the get-go. And it's not of the realm of possibility that Google will allow Microsoft to port Play Services to Windows at some point. App developers could also tweak their apps to run in a way that doesn't rely on Google services which will probably be less tedious than rewriting the whole app for an x86 platform. But when exactly might we expect to see Project Latte on our machines for better or for worse?

The current rumor is that we could see it as part of a major Windows update in fall 2021. Until then keep on swiping, and remember not to spill an actual latte on your keyboard.