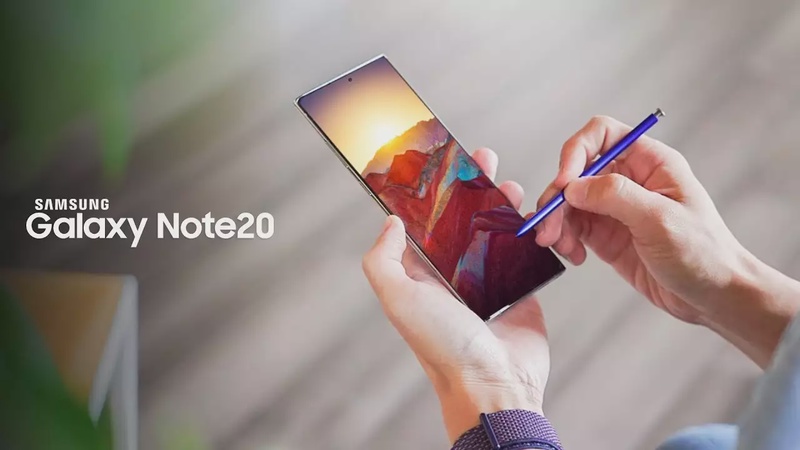 We've been hearing quite a lot about the specs of the Galaxy Note 20 and Note 20+ recently. But today we're getting an early look at the potential design of the smaller Note 20 handset. Ice universe shared a couple of images of the handset, renders to be exact, which shows a boxy design reminiscent of the previous Note.

In fact, the front looks fairly similar to the Galaxy Note 10 with a square shape and a hole-punch that's centered at the top of the display. On the back, the phone is seen sporting a rectangular camera module featuring three big sensors and one small sensor presumably flash, more like a Galaxy S20 rectangular camera housing.

One thing to keep in mind, though that it's not a precise rendering. In a follow-up tweet, Ice Universe says

This render actually came from a case maker and the thing about renders from the case makers is that they don't have the exact information about the bezel size or hole punch size or even the camera arrangement.

So this render doesn't speak much apart from the fact that it will have a triple camera system with a rather big camera housing like the Galaxy S20. So yeah, this isn't an accurate representation of the Note 20 but rather giving us some idea of what the design Samsung is going for.

Yesterday we got a confirmation that the Galaxy Note 20+ will indeed have the 108MP camera like the Galaxy S20 Ultra even without the Ultra moniker. Samsung has pushed several patches and software fixes to the S20 Ultra to solve autofocus issues, but some aren't able to be fixed. So people were wondering whether those issues will be transferred to the Galaxy Note 20+ as well or Samsung is planning to do something about it. Turns out they are. According to the ever-reliable Ice Universe, Samsung will add a new sensor to assist in focusing and completely eliminate the focusing issue that we had on the S20 Ultra.

Galaxy Note20 + will still use 108mp HM1, but add a new sensor to assist in focusing and completely solve the focusing problem.

As you can see, he only mentioned the Galaxy Note 20+ and not the Note 20. The smaller Galaxy Note 20 could have a 12MP camera sensor like the S20 and S20+ that’s hardly a problem as the 12MP sensor also does a pretty good job on the non-ultra S20 phones.

Samsung has officially unveiled the rumored 50MP camera sensor with large 1.2 µm-sized pixels. This alone should mean better low-light performance, as bigger pixels are able to gather more light. Samsung says this sensor has a software algorithm capable of churning out 100MP snaps (using light data from each photo-diode). But most importantly this sensor has a dual-pixel autofocus technology for faster autofocus. The S20 Ultra lacks a Dual-Pixel autofocus system and houses only regular phase-detection autofocus tech, which could be what hampers its focusing capabilities. So I guess this is the new sensor Ice Universe is talking about in his tweet which is expected to resolve the autofocus issues on the Galaxy Note 20+.

The S20 Ultra has a 48MP Ultrawide secondary camera so swapping it for its first 50MP Dual Pixel kit with Tetracell binning wouldn't be that much of a leap to imagine. In any case, I'll keep you posted when I hear more information about this handset.