What is Bitcoin? An Alternative to the Dollar 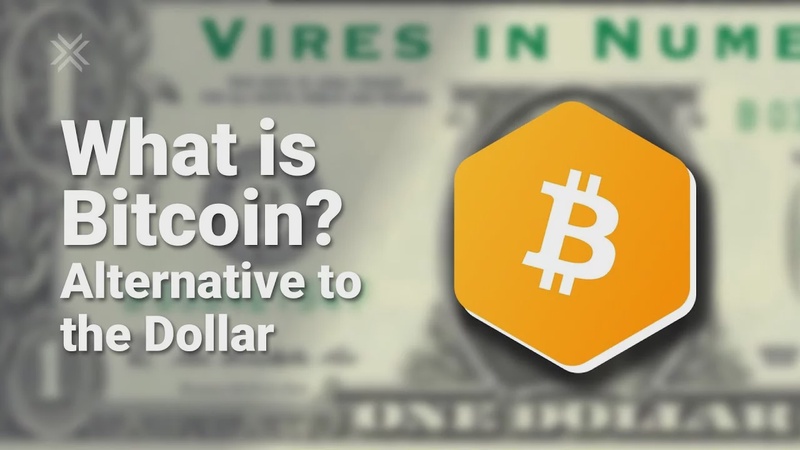 Nicaragua. Russia. Indonesia. What do  all of these countries have in common?   When their citizens want to save money, they  convert their local currency into dollars. If you’ve travelled anywhere in the developing  world you’ve seen how this works. Go to any major   city and every couple of blocks there’s a currency  exchange kiosk. Going into dollars is just part   of their daily routine, like something  you do on your way to the grocery store.

People save in dollars, because historically  the dollar has been a good store of value.   The United States has, for the most  part, been fiscally responsible and   inflation has never really been a  problem. But That could be changing now...

If you’ve been watching the news you’ll know that  economists, investors and world leaders are all   starting to question whether the dollar is  going to remain as a good store of value.   The Federal Reserve has printed trillions of  dollars since the 2008 global financial crisis,   and it looks like the money printing is  only going to continue in the coming years.

Then there is the problem of debt. The United States has a debt to GDP ratio  of over 130%. That’s a fancy way of saying,   the United States has more debt than it  can earn in a year. It would be like a   household that earns $100,000 a year but  is $130,000 in debt. It’s unsustainable! The 130% number is important because  after this point, research has shown   that almost without exception, once  a country hits 130% debt to GDP,   it ends up defaulting on that debt.

This can  happen in two ways. One way is a true default,   where a country just says, “hey, we’re  not going to pay this debt. Sorry.” This almost never happens. What usually happens  is that a country revs up its printing press in   order to inflate away the debt.

This is what  the United States did after World War 2,   and that’s what the Federal Reserve seems to want  to do again today. Inflate away the currency,   devalue the dollar such that the real value of  all of the debt is substantially diminished.

Against this backdrop of heavy  inflation, enter, Bitcoin… Like gold, Bitcoin is hard money. There is no  Bitcoin printing press. A certain number of   Bitcoins are produced every year and that’s it. No  more, no less. It’s impossible for a politician or   a banker to come in and demand that more BTC  get printed. It just doesn’t work that way.

If all of the governments had responsible  monetary policies, if they didn’t print too   many Dollars, Euros, Yen, for example, Maybe  we wouldn’t need Bitcoin. But Unfortunately,   that’s not the world we live in.

In this  world, governments are printing their   currencies at a record rate and people who want  to protect their savings are buying Bitcoin. The number one argument against  Bitcoin replacing the dollar as   a store of wealth is that Bitcoin is too volatile.   While it’s true that Bitcoin is volatile,  it’s important to consider two key points.

We don’t know where the Bitcoin price will  find equilibrium. 1 million dollars seems   like a nice round number, but it could just as  easily be $200,000 dollars. We have no idea.   However, we can be fairly confident that at  some point the price of Bitcoin is going to   even out. When that happens, the volatility may  not be anymore drastic than the stock market’s. At that point, Bitcoin really will be an  excellent store of value.

The transition from the dollar to Bitcoin as  the world’s preferred store of value won’t   happen overnight. Bitcoin dethroning the dollar  could take a few decades. The good news? We’re   already 11 years into the process! We’re 11 years  in and all the signs we have so far are positive.

The Federal Reserve has made it clear that  their primary concern is debasing the dollar.   That’s happening at the same time that  the Bitcoin protocol is gaining trust,   as digital hard money with an uncompromised  maximum supply of just 21 million BTC.   As the dollar inflates, Bitcoin continues on  as the world’s best digital store of wealth.

Remember those currency exchange kiosks  on the street corners? Well, you’re going   to start seeing a new sign in the window.  There will be the dollar sign, a Euro sign,   and flashier than all of them, the orange BTC  ticker symbol and the words, “Bitcoin sold here.”