The ASUS Zephyrus G14 is a smaller 14” gaming laptop that still packs in good specs, but how well does it actually perform in games? I’ve tested 20 different games at all setting levels and compared it with other laptops to help you decide if it’s worth it. 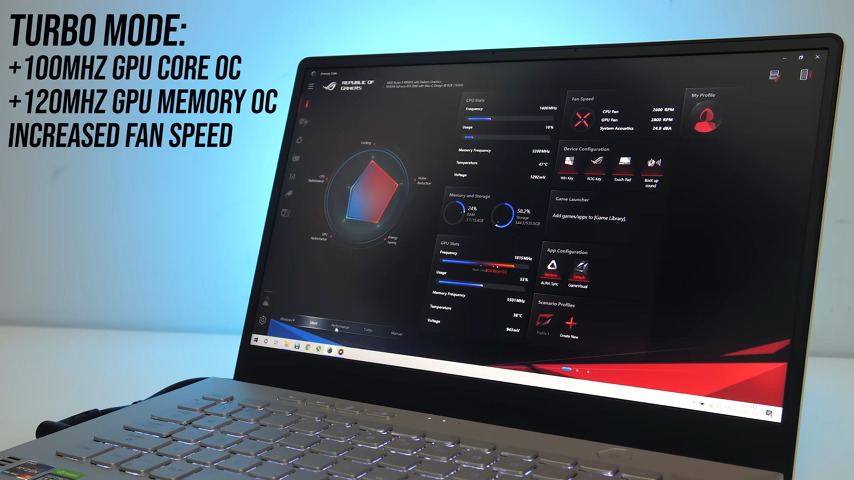 The ASUS Armoury Crate software lets you select different performance modes, I’ve done my testing with turbo mode for best performance, as this overclocks the graphics by 100Mhz on the core and 120MHz on the memory. We’ll only be covering gaming performance, we’ll start by looking at all 20 games at all setting levels, then compare the G14 with some other gaming laptops afterwards. 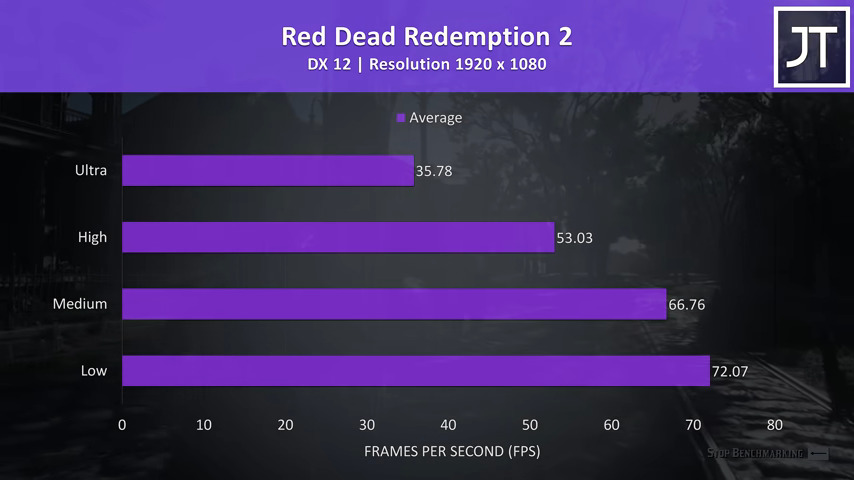 Red Dead Redemption 2 was tested using the game’s built in benchmark tool. High settings was still able to give a fair average frame rate considering this is a resource heavy game. 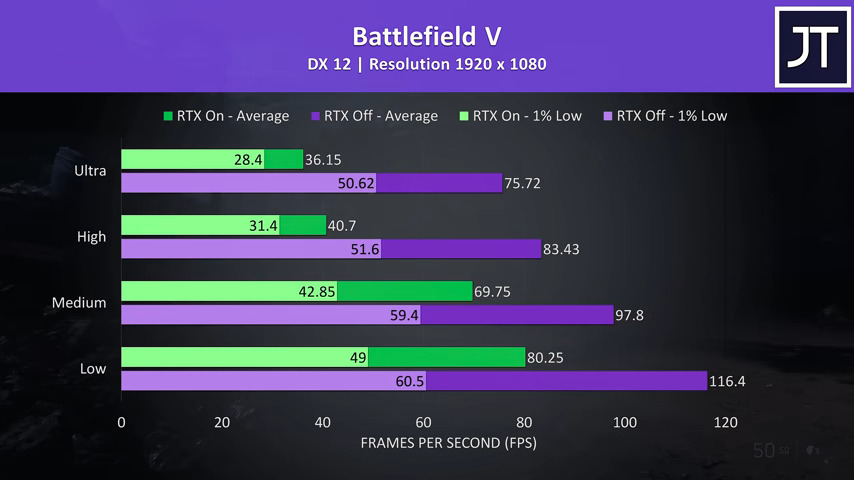 Battlefield 5 was tested in campaign mode, I’ve got the results with RTX enabled, shown by the green bars, and RTX off, shown by the purple bars. It ran great with RTX off, even at higher settings, but given I think RTX on isn’t worth it even with the non Max-Q 2060, I definitely wouldn’t consider it here as you’d have to use it at lower settings for a playable experience.

Control was also tested with and without RTX enabled. The game still plays ok with lower frame rates for the most part, but I wouldn’t want to use it with RTX on, at least with the high settings I’ve used here, it runs well enough with RTX off though. 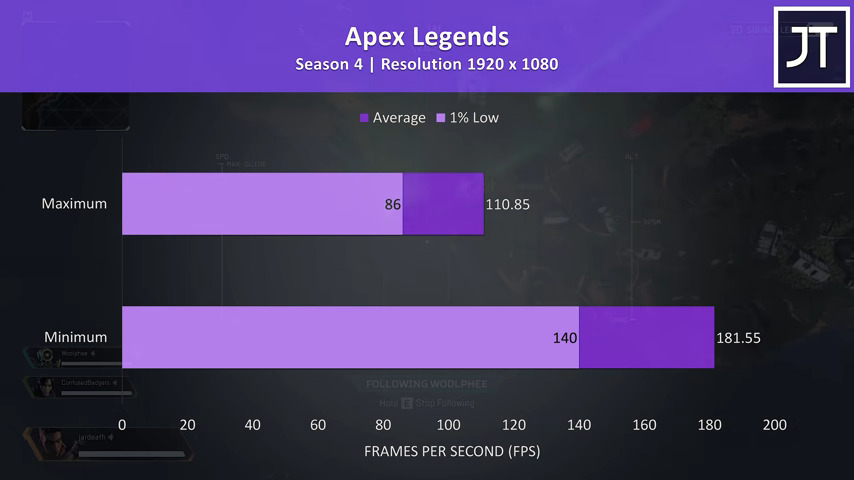 Apex Legends was tested with either all settings at maximum, or all settings on the lowest possible values, as it doesn’t have predefined setting presets, and I’ve disabled the frame rate cap. Even at max settings though we’re averaging above 100 FPS and it’s running well. 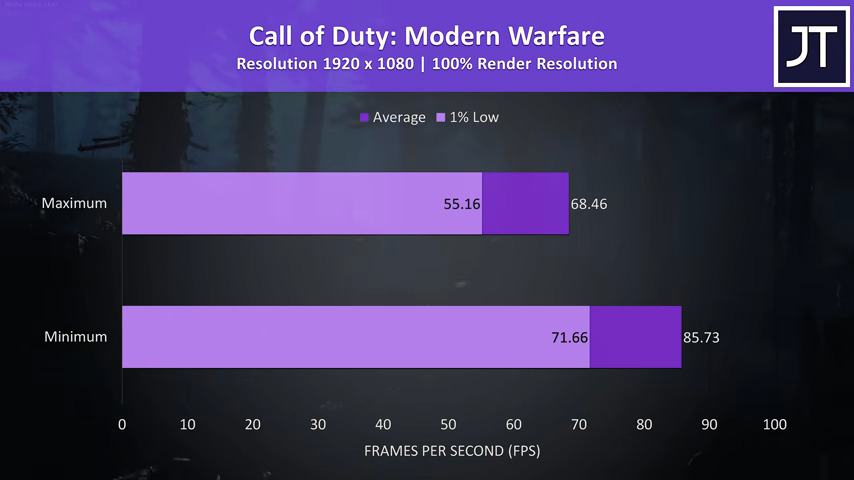 Call of Duty Modern Warfare was tested in campaign mode, and I’ve also tested it with the settings either maxed out or at minimum. Max settings was still able to run above 60 FPS, while minimum settings were hitting higher than this for the 1% low. 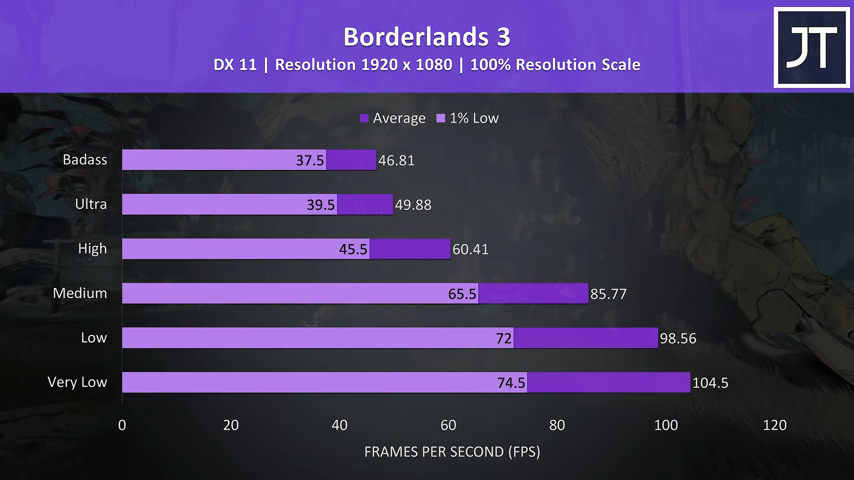 Borderlands 3 was tested using the game’s built in benchmark, and high settings was needed to reach a 60 FPS frame rate, while the lowest setting levels were able to get us to 100 FPS. 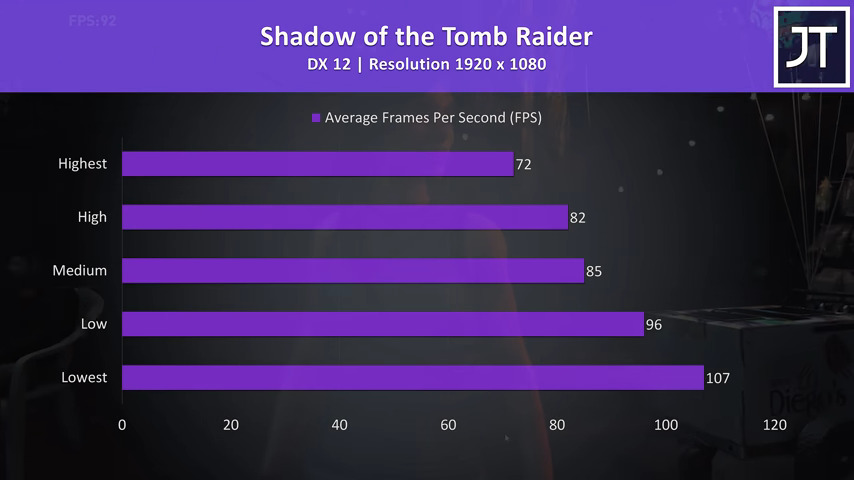 Shadow of the Tomb Raider was again tested with the built-in benchmark, and the results were fair, but I’ll show you how different laptops compare in this game and some others soon. 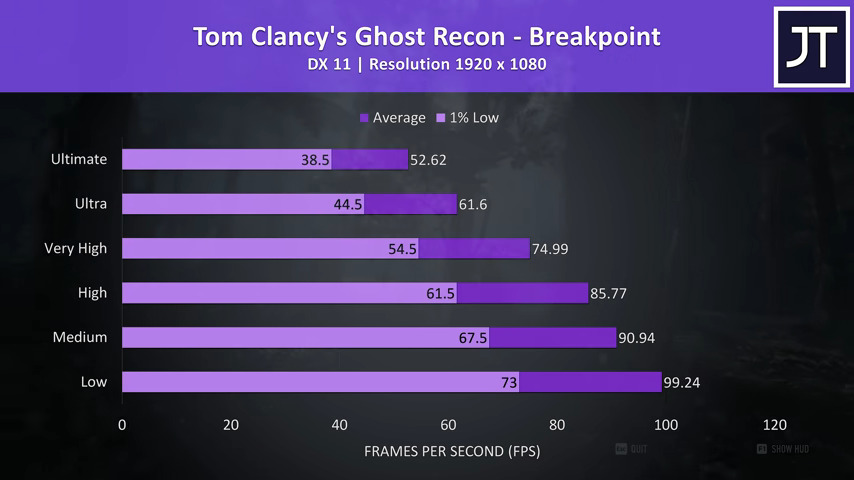 Ghost Recon Breakpoint was also tested with the benchmark tool, and this was another demanding game that was still able to surpass 60 FPS even with the ultra setting preset, but almost 100 FPS was possible with low. 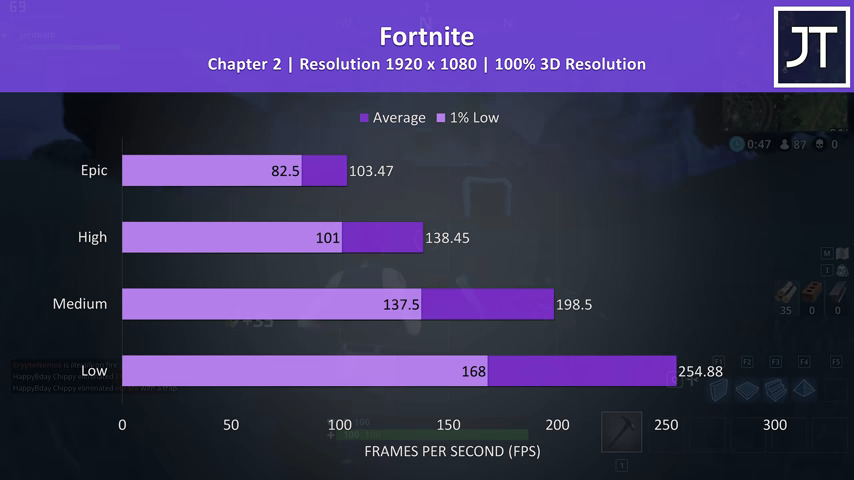 Fortnite was tested with the replay feature, and as a less demanding game epic settings was still able to run above 100 FPS, while high settings was above the refresh rate of the 120Hz screen. 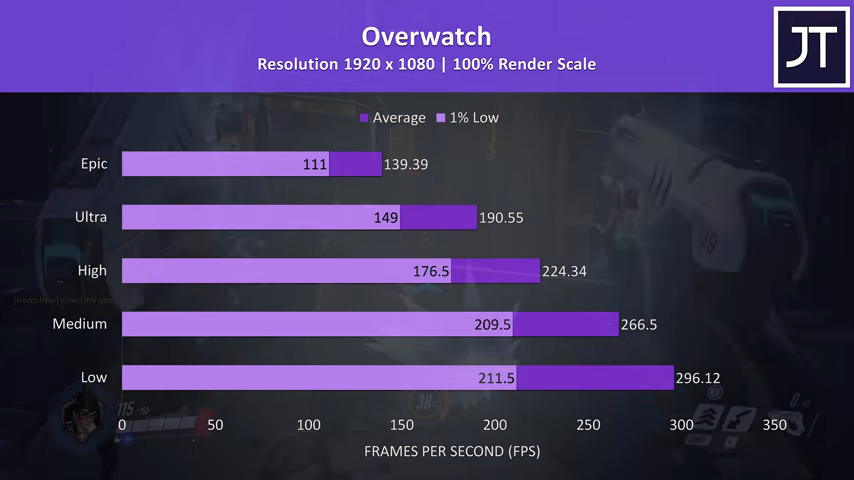 Overwatch is another less demanding game and was tested in the practice range. Even with the highest epic setting preset the average frame rates were higher than the refresh rate of the screen, so it’s running well. 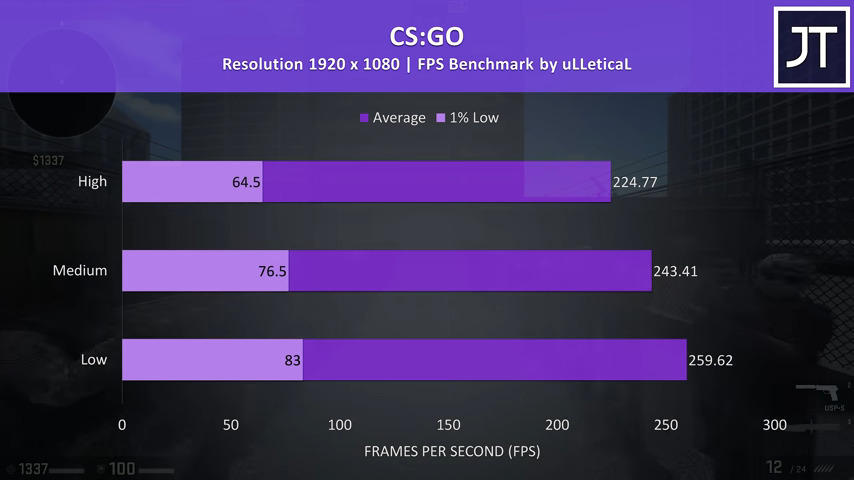 CS:GO was tested using the Ulletical FPS benchmark, and as a test that seems to favor CPU performance the results are a little below a similarly specced Intel based laptop, possibly due to the higher single core boost speeds. 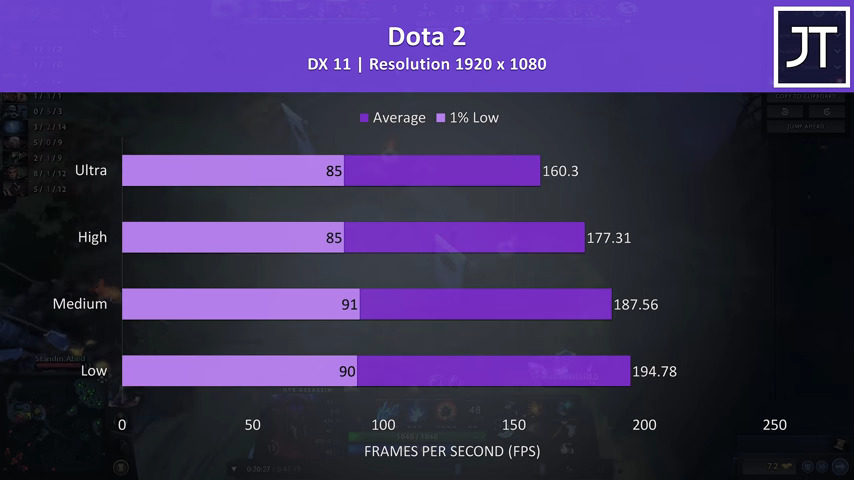 Dota 2 was tested playing in the middle lane, and as is typically the case with this game, higher end graphical power in most laptops hardly makes a difference as the limitation tends to be the CPU. In any case, there’s still great performance here even with ultra settings. 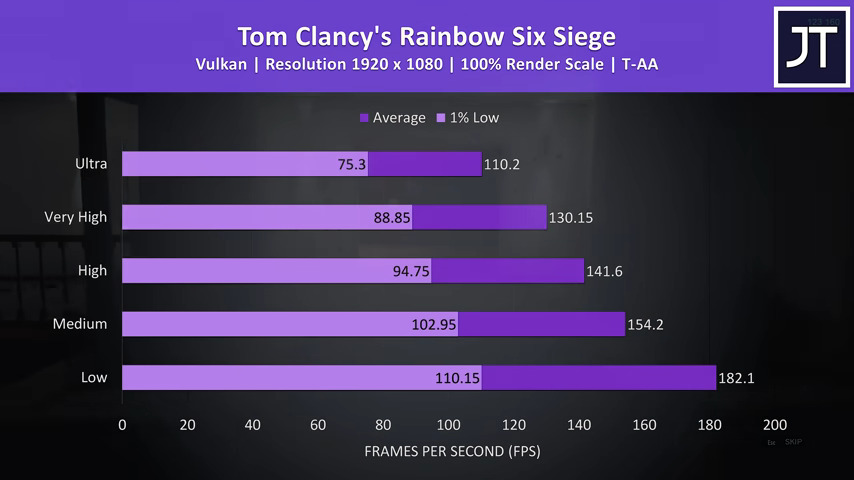 Rainbow Six Siege was tested with the built in benchmark but using Vulkan, which was recently added to the game. Even very high settings were able to hit average FPS above the 120Hz refresh rate of the screen, so no issues playing this one either. 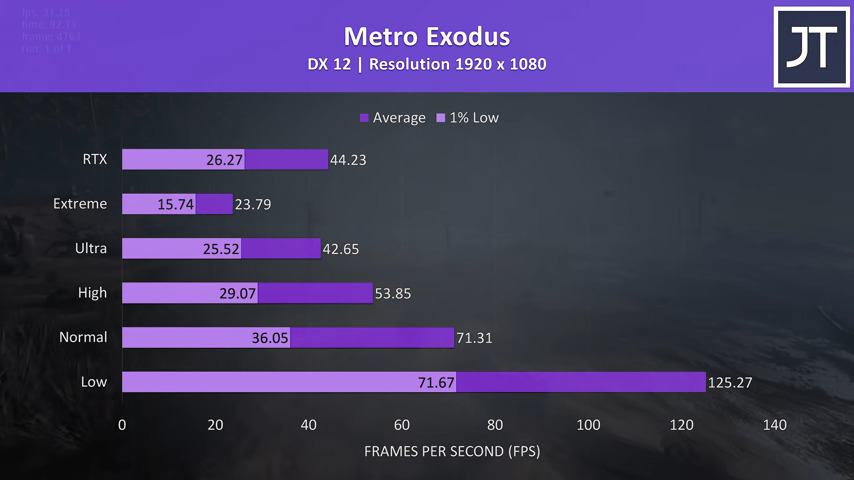 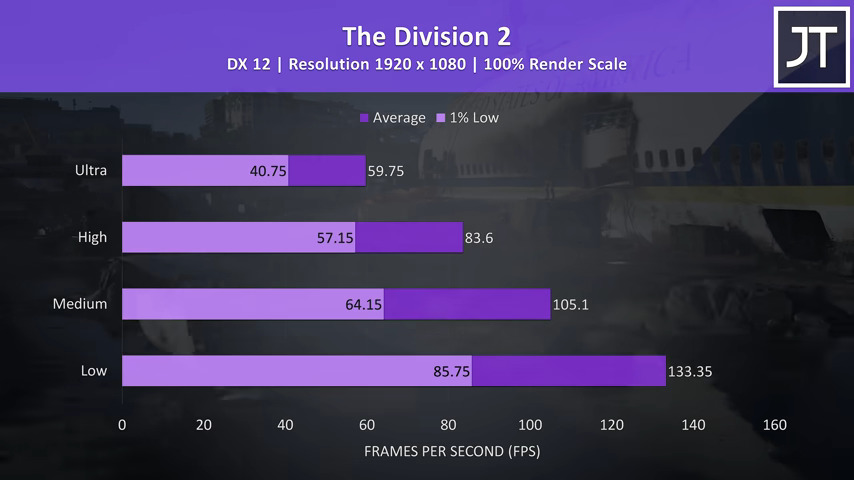 The Division 2 was also tested with the built in benchmark, ultra settings was almost able to scrape 60 FPS, with medium needed to surpass 100, while low settings could get us higher than the screen’s refresh rate. 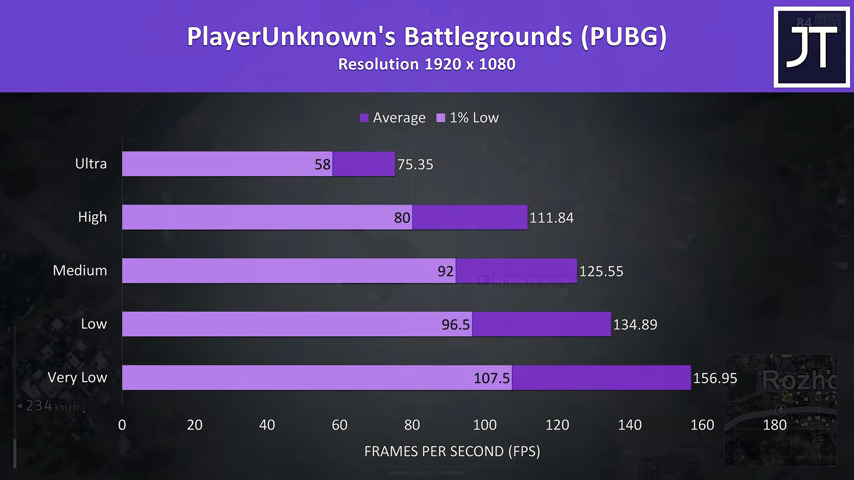 PUBG was tested using the replay feature, however the results are unfortunately not comparable with any of my previous testing as I tested a different map. I spent over an hour trying to get the map I usually do but ended up giving up, I’ll probably stop testing this game in future unless there’s strong opposition. 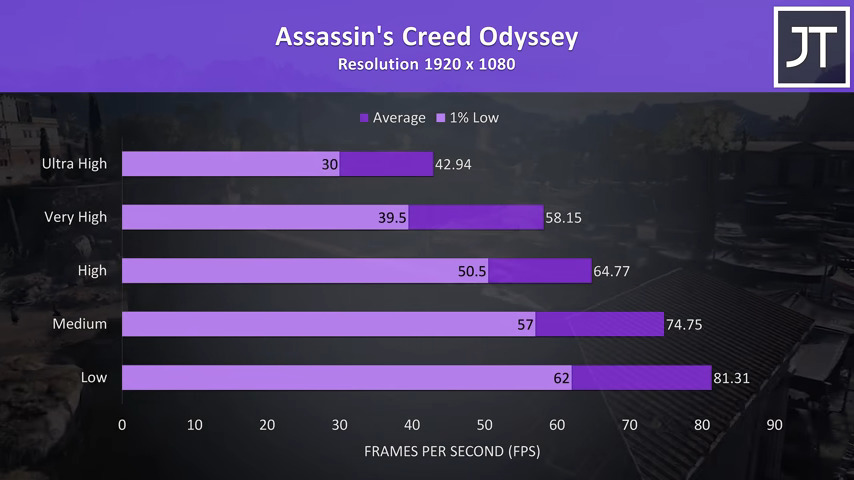 Assassin’s Creed Odyssey was tested with the built in benchmark, and as a resource heavy game the frame rates weren’t that high with the higher setting presets, however it was possible to get above 60 FPS with high settings. 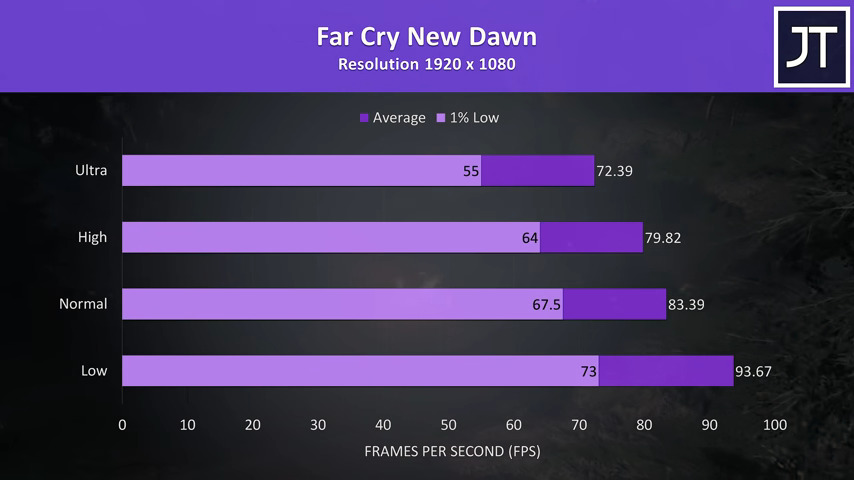 Far Cry New Dawn was also tested with the games benchmark, and for the most part the results aren’t really that much different when compared to most other laptops I’ve tested with lower GPUs, so maybe this is another game I should replace like PUBG, let me know. 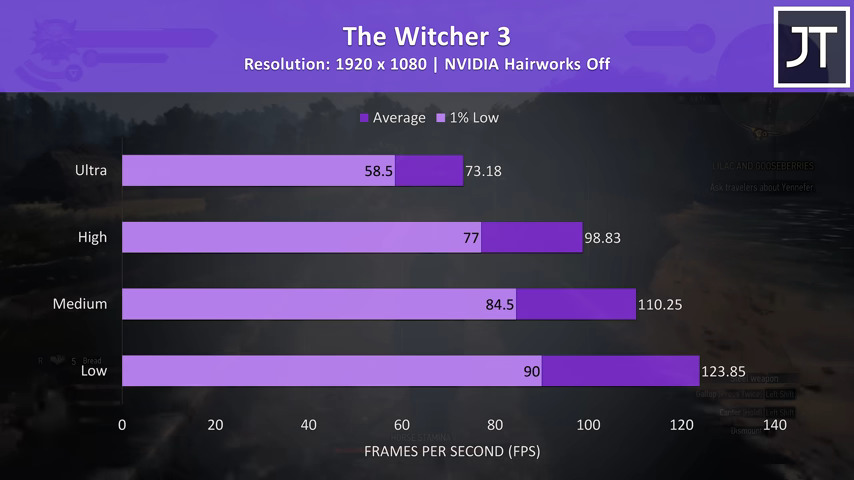 The Witcher 3 was playing ok even with max settings, I don’t think it really sees a benefit from super high FPS, however stepping back just one setting level to high puts even the 1% low above the average frame rate of ultra. 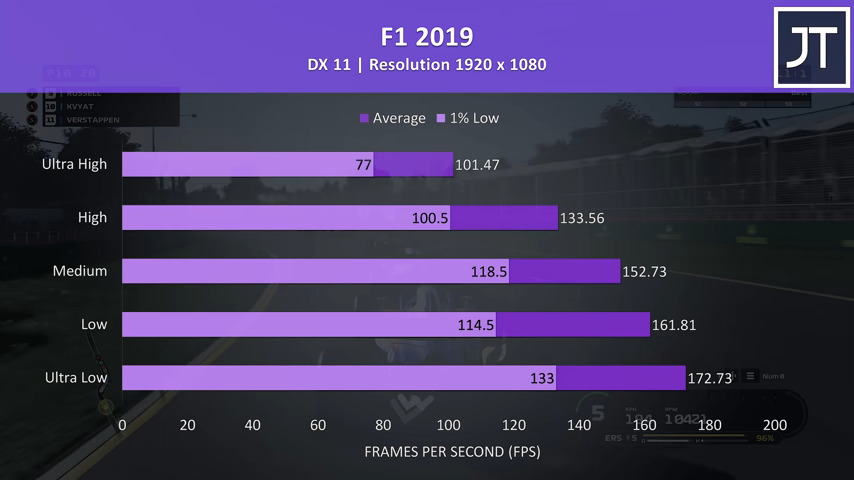 F1 2019 was tested using the game’s benchmark tool, the 1% low results were a little inconsistent between setting levels, but either way still running just fine even with the highest setting preset.

Let’s also take a look at how this config of the G14 compares with other laptops, use these results as a rough guide only as they were tested at different times with different drivers. 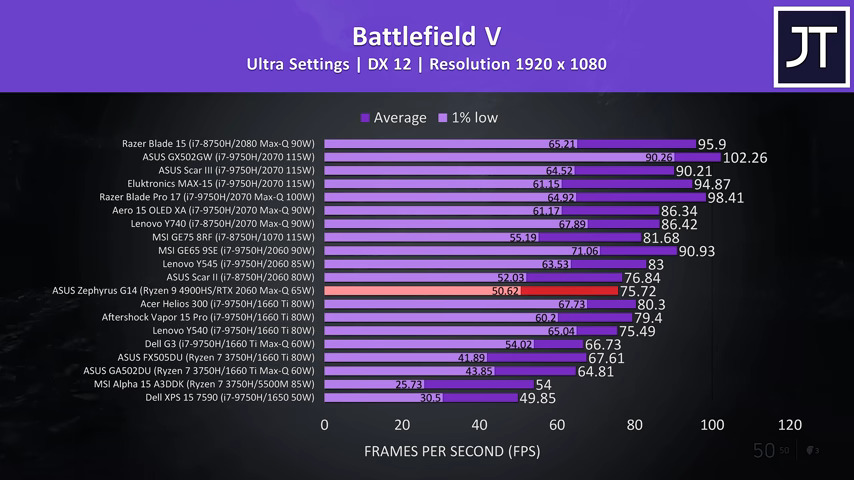 In Battlefield 5 I’ve got the G14 highlighted in red near similarly specced machines. Well, kind of. It’s hard to compare apples to apples here as I believe this is the first gaming laptop to actually feature Nvidia RTX 2060 Max-Q graphics, or at the very least is the first I’ve been able to get my hands on. Given it runs with a 65 watt limit, it looks like 80 watt 1660 Ti systems can outperform it. It’s real close to the Scar II with non RTX 2060 though, so that’s interesting, and average FPS is similar to the Y540 with i7 and 1660 Ti, though the 1% low from the 4900HS was lower compared to the Intel i7 machines, granted it was better than AMD’s previous 3750H based laptops. 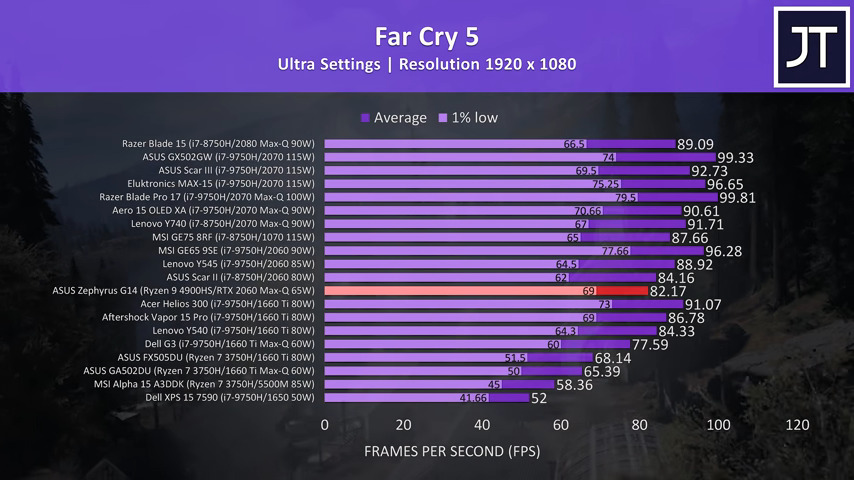 These are the results from Far Cry 5 with ultra settings in the built in benchmark. This time the 1% low performance was looking pretty good with the 4900HS, but again it seems that average FPS is lower when compared to higher wattage graphics options. It’s really hard to fairly compare the 4900HS due to the 2060 Max-Q, so we’ll have to wait until I get some other laptops that feature that CPU but with different graphics to do a fair comparison. 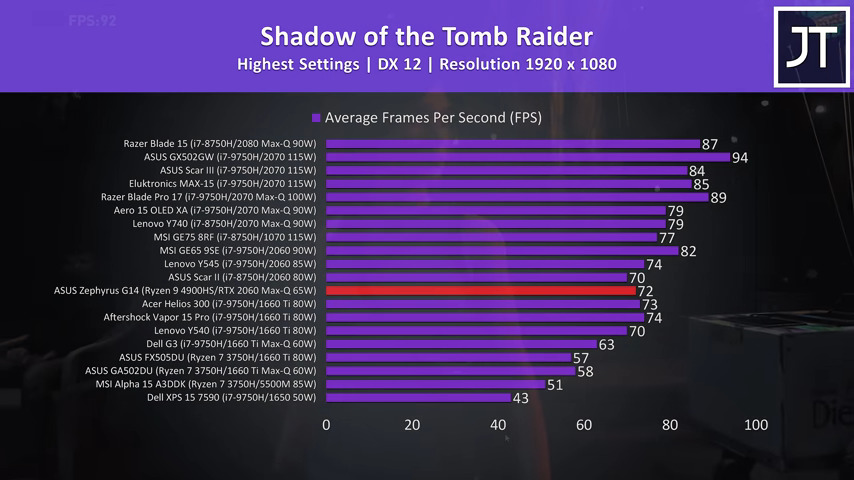 These are the results from Shadow of the Tomb raider with the built in benchmark at highest settings. In this test the frame rate was closer to those more powerful 1660 Ti laptops which was interesting, so fair results from the G14 here given the lower powered 65 watt GPU. Overall this configuration of the ASUS Zephyrus G14 was offering decent gaming performance. 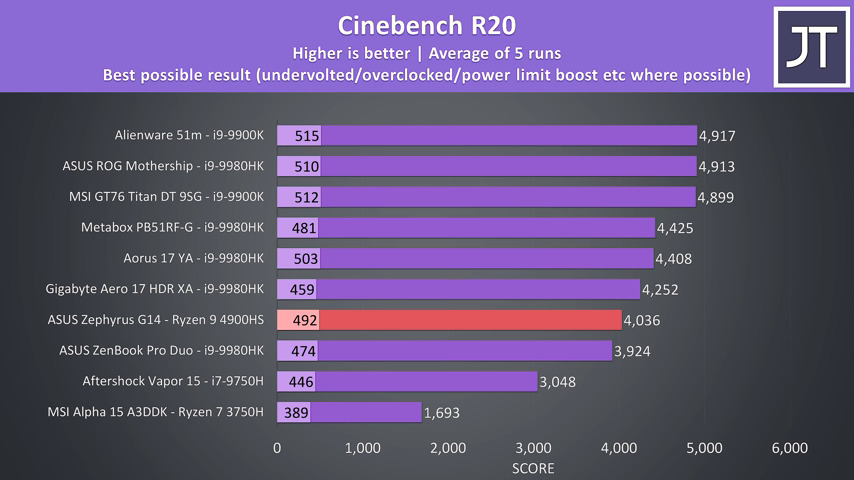 As we saw in the full review, the CPU performance is actually quite impressive compared to current alternatives, so it seems like the limitation is the 65w 2060 max-q, which is fair given it’s a smaller 14 inches (35.56 cm) machine. It’s worth keeping in mind that the Max-Q version of the 2060 now represents the entry level ray tracing experience for laptops. Given I thought tracing those rays didn’t go too well even with the non Max-Q 2060, I don’t think it’s worth considering the G14 purely with ray tracing in mind. Let me know what you want to see the G14 compared to in the comments, and of course I’m interested to hear how you thought it performed.

In case you have found a mistake in the text, please send a message to the author by selecting the mistake and pressing Ctrl-Enter.
4