Looking for the best CPU for gaming? In this article we’ll break down the top CPUs available whilst comparing them for price versus performance.  In the first category, we take a look at two highly affordable budget CPUs. These are the most affordable CPUs that are still wholly viable gaming solutions that will offer solid performance at low prices. Granted, cheaper CPUs do exist, but anything cheaper than what we have here is bound to lead to some GPU bottlenecking and would hardly age well.

The first entry is also the first 8th generation Intel Core i3 CPU in the series. Unlike the 7th generation i3 models which were all dual-core processors that relied on hyperthreading as a means of matching quad-core performance, the newer i3 CPUs all have 4 physical cores. This change was made in no small part thanks to the new competition that came from AMD’s Ryzen in 2017. In any case, the Core i3-8100 is an excellent budget CPU, and we’ll see exactly why. 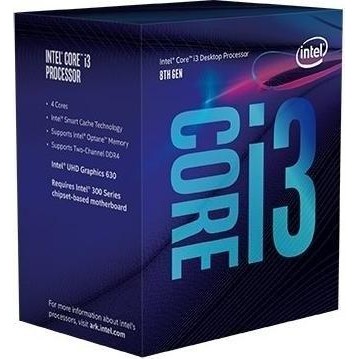 Overall, the i3-8100 is a powerful budget contender. It has four physical cores, a high base clock speed, is very power efficient, and comes with a decent integrated graphics solution, though this will be of little concern to gamers though it is still quite convenient to have. It’s also worth noting that the i3-8100 comes with Intel Optane support, which can enhance system performance with the help of small caching SSDs, thus making it an affordable and a decent enough alternative for “actual” SSDs, though this isn’t as relevant a feature now that SSDs are cheaper than ever before.

In any case, we have one issue with this CPU, and it’s the overclocking. Namely, the i3-8100 can only be overclocked via BCLK when used with some of the pricier motherboard chipsets, and needless to say, if you’re going with a budget CPU, you will likely want to get a more affordable motherboard as well.

Next up, we have a second-generation Ryzen model from AMD – the Ryzen 3 2200G, and is it a good one. 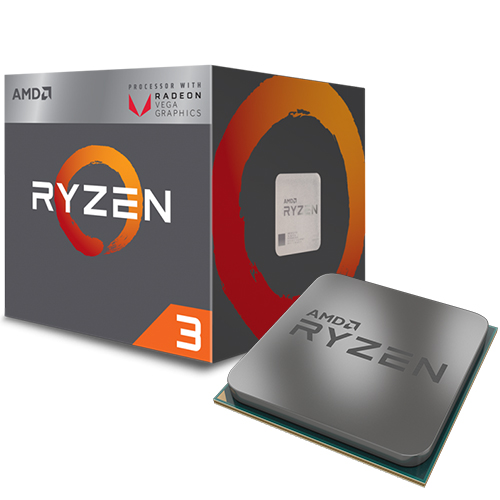 On paper, it seems more or less identical to the i3-8100: both are 14nm quad-core CPUs, both have integrated graphics, operate at similar clock speeds and have the same TDP. So, how is it that the Ryzen 3 2200G is better than the i3-8100? Well, there are several reasons: not only is it unlocked and has better integrated graphics, but is cheaper to boot. So, since the CPU is unlocked, it can be easily overclocked with any AMD chipset that supports overclocking, and most do. However, this particular model isn’t that great in the overclocking department, but when it comes to the other two things mentioned above, it’s a whole other story. Namely, there’s the Vega 8 graphics which, to put it bluntly, leaves the Intel UHD 630 in the dust, easily outperforming it by more than 100% in many games. While this is little more than a convenient backup for the majority of gamers who will invest in a dedicated GPU, those on a very tight budget will be pleased to know that this CPU alone can handle 720p gaming quite well.

And finally, it should be noted that the Ryzen 3 2200G can easily be found for about $20 less than the usual price of the i3-8100, all the while offering comparable CPU performance and immensely better integrated graphics. The only real qualm we have with this CPU is not to do with the CPU itself, but with the bundled cooler. Stock coolers are rarely any good, and if you want to overclock the Ryzen 3 2200G, you’ll need something with a bigger heatsink. Luckily, finding a good aftermarket cooler is neither difficult nor necessarily expensive.

Our next category is Mid-range CPUs. Mid-range CPUs are usually the best solutions for gaming PCs. They strike a good balance between price and performance, ensuring that the pricing is approachable enough for mainstream consumers and that the CPU itself is powerful enough to handle even high-end GPUs and, potentially, some professional software.

For the first entry in the second category, we have a 9th generation Intel CPU, and a rather powerful one – the Intel Core i5-9600K. 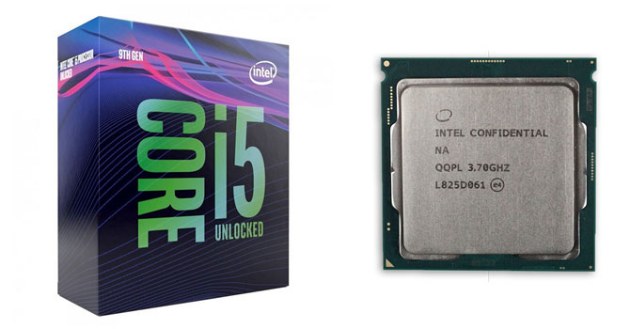 Like the previous generation, this is still a 14nm CPU, although it does nonetheless present a significant upgrade over the more affordable budget models due to the higher core count and the fact that it’s unlocked. In terms of single-core performance, the i5-9600K is one of the most powerful mid-range CPUs, although it’s not quite as good when it comes to multitasking as some more modestly-priced Ryzen models are. As already mentioned in the introduction, it is unlocked, meaning that it can easily be overclocked with any chipset that supports overclocking.

Also, like the i3-8100, it supports Intel Optane technology. Ultimately, the chief issue with this CPU is the pricing. It is on the pricey side for a mid-range CPU, and we definitely would have liked to see hyper-threading at this price point, which would definitely have helped cement it as the best mid-range gaming CPU. Nonetheless, it’s single-core performance is still unmatched, which makes it a mid-range solution worth considering.

As for the second entry in this category, we have a more affordable Ryzen alternative, like before. The Ryzen 5 2600X presents great value in the mid-range, as it is a very competent CPU which is not only unlocked but also outperforms the more expensive Intel models in regards to multitasking, all the while not lagging too far behind in terms of single-core performance. 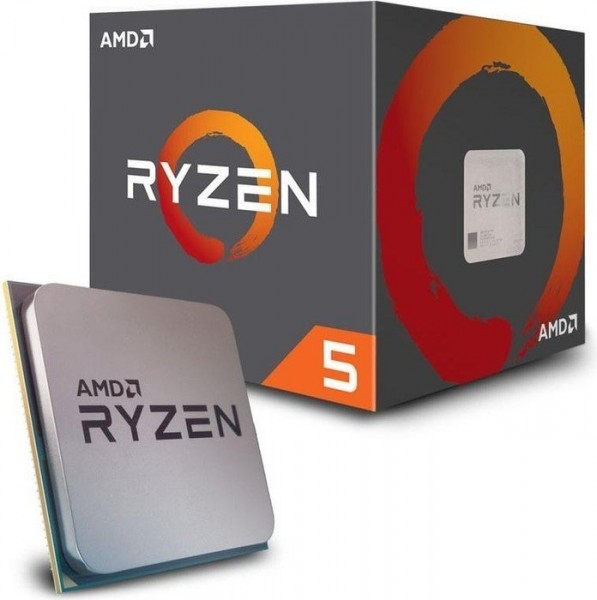 With a 2600X, what you get is a 12nm CPU with a total of 12 threads which is unlockable and quite a bit cheaper than the i5-9600K. Granted, it does lag slightly behind Intel’s offering when we take single-core performance and overclocking into account, though we feel that the lower price and improved multitasking more than make up for this minor shortcoming. Now, unlike the cheaper Ryzen 2200G model, and unlike all of Intel’s Core series, the 2600X doesn’t have an integrated graphics solution. However, what it does come with is a solid cooler which, while it is by no means as good as some affordable aftermarket coolers, still provides a fairly quiet and well-performing cooling solution for those who don’t want to invest extra in a third-party cooler. In any case, much like with the budget models, we feel that the Ryzen 5 2600X definitely offers better value for your money when compared to what Intel has to offer at the moment, which is why we would also deign to crown it as the best mid-range gaming CPU, at least for the time being. However, there are a couple of differences which ultimately make the Ryzen a more appealing budget pick, at least from our point of view.

And finally, we get to the most expensive and the most powerful high-end processors. In most cases, these aren’t the most cost-effective solutions for gaming and are usually reserved either for the most powerful of gaming PC and/or for workstation PCs.

The next step up from the 9600K in Intel’s hierarchy is the i7-9700K, a more powerful and significantly more expensive CPU. 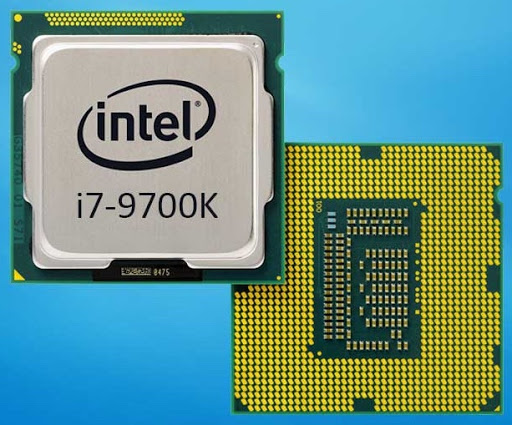 Once again, on paper, it constitutes a seemingly minor upgrade. It’s still an unlocked 14nm CPU, with an identical TDP and the same base clock speed, although it ups the core count and ultimately offers even better single-core performance and some serious overclocking potential. If you need a high-end CPU and don’t want to spend an arm and a leg on one, then the i7-9700K would definitely be a good choice. It offers excellent performance and can hit higher clock speeds than any mainstream Ryzen CPU. More importantly, it has a total of 8 physical cores, which helps with multi-core tasks though there’s still no hyper-threading in sight. As for the downsides, they are pretty much the same as with the i5-9600K: it’s quite a bit more expensive than the significantly cheaper Ryzen alternative and has no hyper-threading. And while it ultimately still lags behind Ryzen in terms of multi-core performance because of this, the superb overclocking performance more than makes up for it, ultimately making it the best high-end CPU if you’re going for a performance-oriented rig.

For the final Intel CPU  we have one considerable heavyweight – the Intel Core i9-9900K. 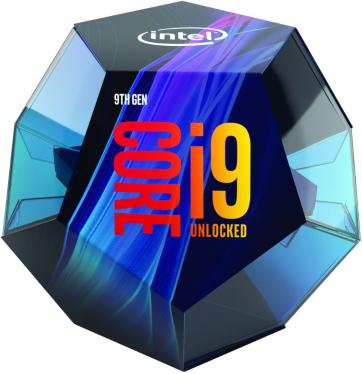 The i9 CPUs are the top of the food chain when it comes to Intel’s desktop lineup, and the performance and pricing definitely reflect this. Ultimately, there isn’t much to say about the i9-9900K. Obviously, it constitutes quite a performance jump compared to the i7-9700K, and with a total of 16 threads, no mainstream 2nd generation Ryzen model can match it in terms of either single-core or multi-core performance. But since it’s one of the two most powerful CPUs in our guide, its main drawback should be readily apparent: the price. The i9-9900K is one expensive CPU, and frankly, it’s just overkill for most gaming setups.

And now that we’re finished with Intel, we get to another Ryzen CPU. The Ryzen 7 2700X, much like the more affordable 2nd generation Ryzen models, capitalizes mainly on multi-core performance and overall affordability compared to the competition. 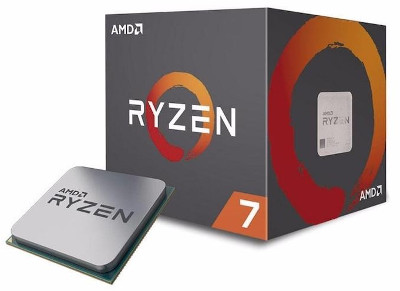 On the performance front, the 2700X is roughly evenly matched with the i7-9700K, though it can’t quite come close to the more premium 9900K. If you thought it was going to be the same situation as before, you’ve guessed right: the Ryzen offers better multi-core performance, worse single-core performance, and is ultimately quite a bit cheaper than what Intel has on offer. What’s more, like the 2600X, the 2700X comes with a cooler included, and this time, it’s a high-quality Wraith Prism cooler with RGB lighting. So, while the Ryzen once again seems to offer more for less money, it’s overclocking capacity isn’t as great as that of the i7 or the i9 talked about previously, so someone who’s looking for a more serious performance-oriented solution would likely have more incentive to swing over to Intel’s side in this price range.

For the final pick, we have a real monster – the Ryzen Threadripper 2920X. 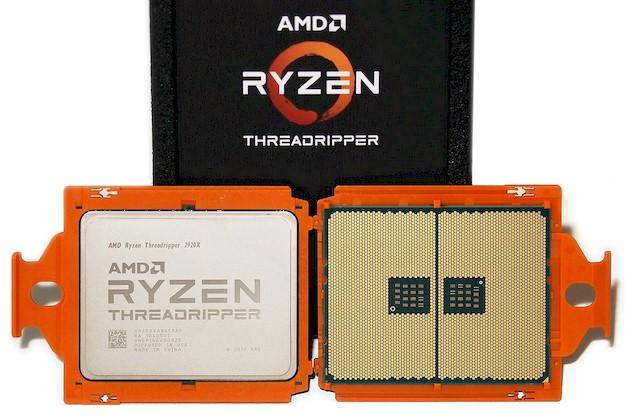 Now, this CPU is a downright beast, and while it’s actually the cheapest and weakest of the second generation Threadrippers, it’s even pricier than Intel’s i9-9900K. As you can see from the specs, the 2920X really is something. With a total of 12 cores and 24 threads, it is downright the best CPU in this video when it comes to multi-core processes. Of course, the i9-9900K, as usual, offers better single-core performance, though the Intel variant is also cheaper this time around. But much like the i9 and like any other pricier Threadripper, this CPU is overkill when it comes to the vast majority of gaming PCs, and for a number of reasons. For one, it is very expensive and is a lot more power-hungry than your average desktop CPU, but it also uses a special TR4 socket, which means less flexibility when it comes both to the choice of motherboard and any potential future upgrades. So that sums up our top CPUs for gaming of 2020.