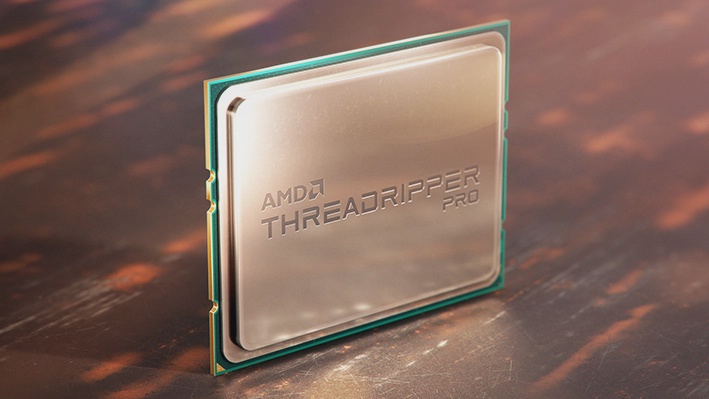 We've had high-end desktop or HEDT processors for quite a while now, you know, those CPU's that sit at the very top of the food chain that straddle the line between home PC and workstation, with a high price tag to match. And for a long time, Intel dominated that market segment, with its Extreme edition and X series processors. But AMD has since fired back in a big way, literally.

This is the AMD Threadripper,

Look at the size of it, it's practically a coaster. You can put your drink on this thing and save your table. But other than leaving your neighbor's desktop with a feeling of inadequacy, is it right for you? And what should you know about it?

Let's start out by looking at something straightforward, core count. Although typical Ryzen desktop chips have between four and 16 cores, Threadriver CPUs start at eight cores and go all the way up to 64 cores, meaning that the chips are heavily marketed toward content creators who need fast rendering times. And they all have simultaneous multithreading. So we're talking 128 threads on just one socket.

Speaking of sockets, it's pretty clear that a chip this chonky won't fit into your standard AM4 motherboard. Instead, Threadripper uses the TR4 and STR4 sockets, which each have over 4,000 contacts.

In case you're wondering, AMD switched to STR4 with the Threadripper 3000 series. And despite looking the same as the older TR4, the two sockets are not compatible. But aside from having more cores and a bigger footprint, what's going on under the hood that really separates it from a normal Ryzen chip?

Well, because Threadripper is an enthusiast's level lineup, it's not just core count that's important. It's also IO. Threadripper chips have a lot more PCI Express lanes than the Ryzen counterparts. The first two generations had a full 60 PCIE 3.0 lanes coming directly off the chip, with 48 linked to the slots on your motherboard, enabling multi GPU and the other 12 reserved for storage.

If you're using a 3000 series Threadripper, the number of lanes is bumped up to 64.

And to get the new PCI Express 4.0 revision as well. Even if you're not into multi GPU, and hey, we're not going to blame you if you're not, this can still be useful if you're into virtualizing, you need tons of storage, or you're using something like FPGA for crypto mining.

Additionally, all Threadripper chips support quad channel RAM for performance boost, as well as ECC, or error cracking memory, which can prevent crashes. Helpful if you're doing really critical work on your PC or using it to host a server.

We'd also be remiss if we didn't mention the Threadripper Pro lineup for actual workstations, which uses yet another socket called SWRX8. And we'll give you support for octo channel memory. But hold on a sec, surely chips this large and powerful have to have some kind of downside, right? Predictably, Threadripper CPUs cost a lot more money.

When Threadripper debuted back in 2017, the lower cost SKU was $549. And the current lineup  starts at $1,399 for a 24-core model. And it goes all the way up four grand if you want a 64-core model. However, although this is obviously a lot of money, Threadripper has had success beating Intel setups that cost around five times as much in benchmarks.

Of course, high cost isn't the only thing to look out for. Threadripper CPUs are a little trickier to install on a motherboard than you might be used to. And their higher TDPs, up to 280 watts, mean you'll need a cooler that's up to task. But we wouldn't recommend setting a glass of ice water on it, even if it is the size of a coaster.