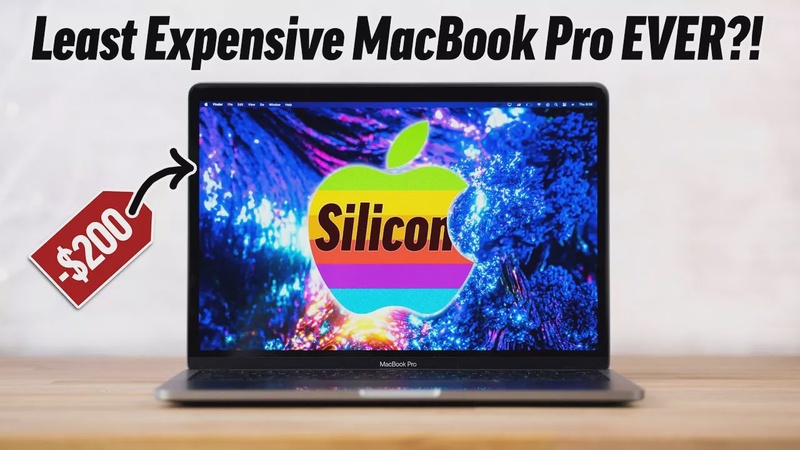 I’ve been writing a lot of in-depth articles about Apple Silicon, based on a lot of info found within Apple’s own WWDC 2020 developer tutorial videos. And based on everything I’ve seen, I’m very confident that Apple Silicon Macs are going to be MUCH better than a lot of people are expecting, while also having a much smoother transition compared to when Apple switched from PowerPC to Intel in 2005.

Before I get into why I’m almost 100% certain that this year’s Apple Silicon Macs will NOT be more expensive than current Intel Macs, I want to give you guys three reasons why this transition is going to be much smoother than the last one.

First, is that Apple has been slowly phasing out software that won’t run on Apple Silicon Macs, like them dropping support for 32bit iOS apps in iOS 11, dropping 32bit app support in macOS Catalina and requiring hardware to support Apple’s Metal API, which is why Nvidia graphics cards are no longer supported. These steps are important because their Apple Silicon Mac chips cannot run 32 bit apps, and because Apple GPUs use Metal exclusively.

These changes lead to the second reason why this transition will be much smoother than before. Apple Silicon Macs will have instant access to iPhone and iPad apps on day 1, so even if some Mac apps aren’t perfectly at launch, early adopters can rely on natively running iOS apps to get the job done. In fact, developers are already using SwiftUI to create new apps that run natively across Apple’s platforms due to the main code being shared between them.

And finally, reason number 3 is that unlike the original Rosetta which emulated apps for Intel Macs in 2005, Rosetta 2 is much improved, and it works in a totally different way. Instead of emulating apps in real-time, which can greatly slow down performance, Rosetta 2 can translate and convert the app during the actual installation, effectively creating an ARM-optimized version of the app before you’ve opened it. And not only that, but it can emulate old plugins and drivers as well, so unmodified Intel-based apps should actually run decently well using Rosetta 2. And don’t just take my word for it, some developers who have access to Apple’s developer transition kit are already praising Rosetta 2.

Longhorn tweeted that he thinks the first gen Apple Silicon machines will be faster at running x86 code than an actual x86 CPU, which is of course, referring to Rosetta 2.

At this point, I think that the first gen Apple Silicon machines will be faster at running x86 code than an actual x86...

(Apple outright sidestepped the biggest issue involved to make such a JIT work w/ controlling the hardware, Microsoft is probably quite envious)

And a senior software engineer at Disney Animation was stunned by how well Rosetta 2 works, having absolutely no problem even with complex code, and performing shockingly well while doing it.

You might be asking, if this years’ Apple Silicon Macs are going to be so impressive, why am I so sure that the price will NOT go up?

Well, first off, we’ve been seeing many leaks of the price going down, so we might be a $799 MacBook, and a $1099 MacBook Pro, giving us a $200 price cut from the current Intel versions. And besides that, we haven’t seen any leaks or rumors pointing to the Macs actually getting more expensive. But disregarding rumors, let’s actually use some interesting facts and common sense to prove that Apple Silicon Macs will NOT be getting more expensive.

The number one reason is the fact that since Apple is going to be using their own chips, they only have to pay their own production cost instead of the price that Intel charges for their processors, which is obviously much more expensive.

Let me quickly show you guys just how cheap Apple Silicon chips have been in the past. IHS Markit did a tear down of the iPhone XS and found that the A12 chip in the iPhone XS Max actually cost Apple only $30.

And they did the same for the iPhone 11 Pro, and that chip actually cost Apple $64, quite a bit more, but still pretty cheap considering that it’s the fastest smartphone processor in the world.

Unfortunately, their teardown of the 11” iPad Pro with the A12Z was for paid subscribers only, so i couldn’t access that, but according to analysts from TrendForce, the production cost of Apple Silicon Mac chip built on TSMC’s new 5nm process should be under $100, compared to the 10nm Intel Core i3 chips which are priced around $200-$300 on the market.

Analyst Ming-Chi Kuo also predicted that Apple’s switch from Intel to ARM Macs would cut CPU component costs by 40-60%. So based on this, we know for sure that using Apple’s own chips is going to save Apple a good amount of money. Apple basically has two different options or choices that they can make in terms of the price.

Let’s start with the first scenario. Apple keeps the price of their Macs unchanged from the Intel versions, pocketing the cash from the extra savings thanks to using their own chips. And in Scenario 2, they actually lower the price of their Macs and keep their profit margins fairly similar to how they were before. I personally believe this 2nd option makes a lot more sense from a marketing standpoint, and let me explain why.

One thing for sure is that there are a lot of doubters out there, saying that this will be a very rough transition, and saying that it could be years before these new Macs match up to the performance and user experience of current Intel Macs. And those thoughts are based on the previous PowerPC to Intel transition, and the fact that Apple Silicon uses an entirely different ARM-based architecture. So Apple is in a pretty tough position, because they want to make sure that they don’t lose their Mac user-base to Windows computers. The safest bet is to actually lower the price, because doing so would gather a TON of attention from the press, because lowering the price is the opposite of what Apple is known to do. And then, if these Macs are truly great, while also lowering the price, they could finally start eating up a lot more of the computer market.

And on the other hand, if these first Apple Silicon Macs don’t perform that well, then a lower price means lower expectations, and a smaller chance of people getting upset if it doesn’t work well on day 1. This is the complete opposite of what happened with Microsoft’s Surface Pro X, which had high expectations due to the very high price, causing users to get pretty upset with the lack of performance.

Another reason it makes more sense to drop the price is because Apple knows that we’re going through a pandemic right now, which is leading to higher unemployment rates and a drop in consumer spending. That’s why raising Mac prices right now would be a very bad idea, and that’s what happened with the $1400 Galaxy S20 Ultra smartphone which had very disappointing sales.

So if Apple drops the price of their Apple Silicon Macs, more consumers will be able to afford them, especially during these times. And that’s why Apple’s inexpensive iPhone SE for only $399 has been a huge success, leading to a 32% year over year increase of Sales in China, even during this pandemic.

And finally, the last reason for a price drop may actually be the most important. According to Counterpoint research, Apple can generate a customer lifetime value of $2400 over a period of 30 months from a power iPhone user, just in Apple Services alone. So Apple’s ultimate goal for their $399 iPhone SE might actually be to get more iPhones in the hands of consumers, so that they can eventually spend money on their Services and in-app purchases. And since Apple Silicon Macs are now going to be able to run native iPhone and iPad apps, they’ll be even more tightly integrated into the Apple ecosystem, which means more sales of their services and app store purchases.

And since dropping the price of these Macs will likely increase the amount of Mac sales, there will be even more users potentially getting into the Apple ecosystem and spending the cash that they saved on their Mac on Services anyway. So based on all of that, it makes absolutely no sense for Apple to raise the price of their Apple Silicon-based Macs compared to the current Intel Macs, and there’s a good chance that the price will actually go down, potentially down to a $200 price cut like some rumors are pointing to.